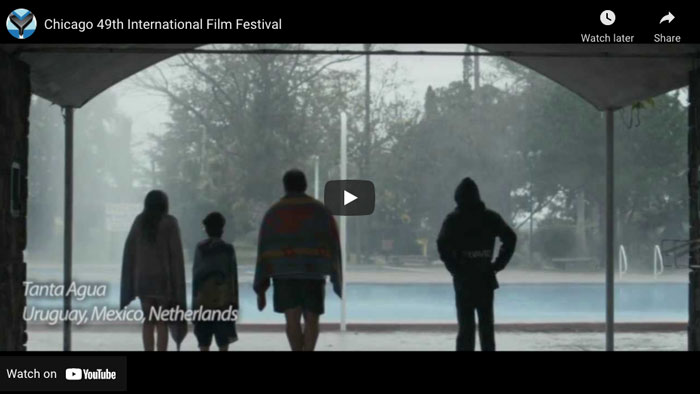 For the first time in 49th years, the Chicago International Film Festival chooses a Personal Composer. The President of the festival Mr. Michael Kutza along with Jesse Charbonier programmer and organizer of the festival decided to bring Chicago Composer Federico D’Antoni to the mix.

The Chicago International Film Festival is the oldest competitive film festival in North America, and for the first time in 49 years, it will feature original music composed by its music composer.
The music was composed and scored Federico D’Antoni from InsidePiano.com. Motivated by his passion for film and the arts, D’Antoni chose to donate his original music as a way to support Chicago’s cultural diversity.

Federico has had a successful career in composing music for CD productions, commercials, and documentaries. While he still writes for special projects, his music can also be heard in many films and television shows. At the request of festival president Michael Kutza and corporate sponsorship manager Jesse Charbonier, D’Antoni composed original music for this iconic festival. The Chicago International Film Festival’s staff enjoyed a pre-release of the composition and was blown away by the emotion and depth of the music.

The Opening Ceremony release took place at the famous Chicago Theatre and was ardently received by the audience. Emotions ran high as the lights cut off, and images of the festival, accompanied by Dantoni’s music, reverberated through the auditorium. In response to his music’s enthusiastic reception, Dantoni stated, “It’s an incredible experience to be able to collaborate with these amazing people and be able to give my support to the festival.”