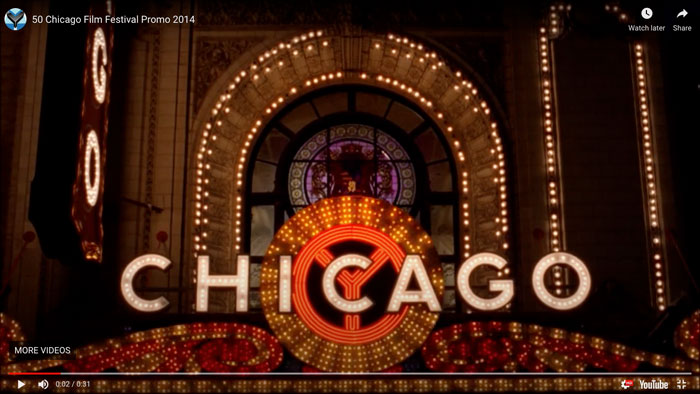 The Chicago International Film Festival is launching for the first time in the history of the festival an Outlet Promo Campaign. The campaign’s program entitled, “First Look,” is set to showcase the film festival’s new trailer for its 50th special anniversary. The music for the 50th-anniversary trailer was composed by Federico Dantoni from InsidePiano.com along with Los Angeles music producer Juan Manzur.

The program will be released in 1,500 theaters with 4.5 million estimated viewers. Audiences for the new trailer will have the opportunity to view a sneak preview of the 50th annual event of the Chicago International Film Festival featuring the original music by Federico. Viewers unable to see this unique program as it debuts in theaters will have an opportunity to view the First Look sneak preview on a gigantic LED screen displayed at the legendary Michigan Avenue in Chicago. The trailer is expected to feature between 6 pm and 10 pm. It is predicted to reach well over 1 million viewers.

The Chicago International Film Festival and Media Outlet Company MCM Media Networks are responsible for the production of First Look. The film festival’s relationship with MCM has established thanks to the networking of corporate sponsorship manager, Jesse Charbonier. Sponsors for the historical 50th annual event include Allstate, Bloomberg, InsidePiano.com, JCDecaux, and Wintrust Bank.